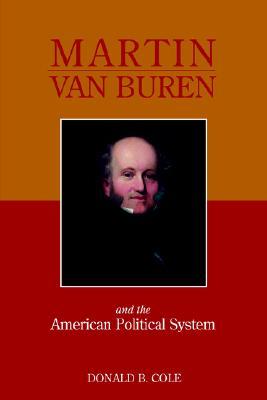 “Martin Van Buren and the American Political System” by Donald Cole was published in 1984 and was the second full-scale biography of the eighth president in two years.  Cole was a dean and professor emeritus at Phillips Exeter Academy. He was a long-distinguished scholar on the Jacksonian era and authored nearly a dozen books on the period. Cole died at the age of ninety-one this past October.

Cole first took serious notice of Van Buren while serving with the US Navy in the Pacific during World War II. While on the USS Lamar he had occasion to read Arthur Schlesinger’s “The Age of Jackson” and noticed numerous references to Van Buren.  Years later he began researching the Jacksonian era in earnest and was again struck by Van Buren’s central role in the politics of the era. Realizing there was no comprehensive, recent work on Van Buren he decided to author a biography – unaware that John Niven had recently begun writing his own biography of Van Buren.

Cole’s biography proves to be thorough, comprehensive and compelling. In its first chapter, Cole provides an interesting introduction to the early Van Burens (then the Maessens from the Dutch village of Buren) whose travels to American in 1631 nearly coincided with my own ancestor’s voyage to Jamestown. With little literary delay, the young president-to-be is soon immersed in a legal apprenticeship and knee-deep in the precarious world of New York state politics.

Over the course of its four-hundred or so pages, the biography follows a logical and mostly chronological path through Van Buren’s life. Significant early attention is provided to Van Buren’s maturation as a politician, which coincides with his emergence into young adulthood.  This period of his life is riddled with a seemingly endless stream of local and state politicians who flash in and out of Van Buren’s political sphere – making patience a virtue at this stage of the book.

Van Buren’s role as supporter of one of the losing candidates in the presidential campaign of 1824 is well-described as is his more successful effort on Andrew Jackson’s behalf during the campaign of 1828.  For me, the most important and instructive sections of the book are those where Cole describes Van Buren’s roles as Jackson’s key adviser, secretary of state, minister to England and Vice President.

These eight years undoubtedly represented the peak of Van Buren’s political prowess (if not power) and the author carefully weaves his opinions and conclusions together with the facts in a way that is informative without being heavy-handed.  Fortunately, the author is not unwilling to criticize Van Buren when deserved – which is fairly often once he ascends to the nation’s highest office.

Van Buren’s single-term presidency is adequately described and well-critiqued. And while moving past Van Buren’s four years in the White House, the author provides a thoughtful review of the “Little Magician’s” legacy as a politician, president and party leader.  Unfortunately, for those seeking to learn more about Van Buren “the man” (rather than “the politician”) even his post-presidential years are described through a narrow, politically-focused lens. There is little, it seems, to be learned of Van Buren away from his primary passion: politics.

Overall, Donald Cole’s “Martin Van Buren” is a worthy, readable and educational biography of our eighth president. It is somewhat academic in tone, and rarely captivating, but while it sometimes requires a modicum of patience it is relatively efficient with the reader’s time. Best of all, Cole rarely assumes the reader sees the bigger picture; ever the mindful teacher, he frequently reminds his audience of the themes and lessons to be drawn from Van Buren’s life. Although not a biography which will attract many casual readers, it is a very worthwhile and scholarly look at a superb politician who made a mediocre president.

1 thought on “Review of “Martin Van Buren” by Donald B. Cole”