The more I learned about James Buchanan, the more he seemed a mix of equal parts of John Quincy Adams, Martin Van Buren and Franklin Pierce- with pastoral Pennsylvanian rather than New England roots.

JQ Adams: for his extensive experience as a lawyer, diplomat, US Senator and Secretary of State

Martin Van Buren: primarily for his active role on the NY state political scene and work as a party leader and strategist (though he was also a lawyer, diplomat, Senator, Secretary of State…)

Franklin Pierce: for his role as state political “party boss” and his ill-fated presidential effort to eliminate slavery as a national policy issue by charting an odd course of quasi-appeasement…which obviously did not work

James Buchanan certainly seemed as well-prepared for the presidency as any previous chief executive. Why then was his term so unsuccessful and why is he considered one of the worst presidents in our nation’s history? That’s the story told by Buchanan biographers Philip Klein and Jean Baker.

*My first Buchanan biography was Philip Klein’s 1962 classic “President James Buchanan: A Biography.”  Klein grew up in Pennsylvania near where Buchanan was raised about a century earlier (which may explain his interest in this obscure president). Klein’s biography is comprehensive but not exhausting, and his portrait of Buchanan errs on the side of being too forgiving.

But while I found his review of Buchanan’s presidency complicated and a bit dull (probably because the four years themselves were complex and in no way uplifting), I particularly enjoyed Klein’s description of Buchanan’s earlier life and career. “Pre-presidency Buchanan” is far more interesting (and compelling) than “President Buchanan”. This biography may be on the lengthy side for someone merely looking to “check the box” on the Buchanan presidency, but otherwise it is a must-read on this president. (Full review here)

*My second, and final, Buchanan biography was Jean Baker’s 2004 contribution to The American Presidents Series: “James Buchanan.“ This biography is delightfully concise, potent, entertaining and easy to read. Rather than forcing readers to tease out the important themes and messages, Baker presents them openly and clearly. As a result, there is never any doubt how the author feels about Buchanan or his presidency.

Baker’s perspective is consistently one-sided and her criticism generally harsh; I almost didn’t recognize the Buchanan I met in Klein’s book. On balance, Baker’s negative view of Buchanan is more potent than Klein’s sympathetic view, but the bias in both cases is easy to spot. For someone reading “a biography on every president” but without the patience to tackle a lengthy book on an esoteric president, this biography of Buchanan is entertaining and informative…though not nearly as comprehensive or nuanced as Klein’s. (Full review here)

18 thoughts on “The Best Biographies of James Buchanan”

“It is as well to avoid the trap, which most of [Hitler’s] contemporaries fell into, of grossly underestimating his abilities.”

Hitler: A Biography by Ian Kershaw 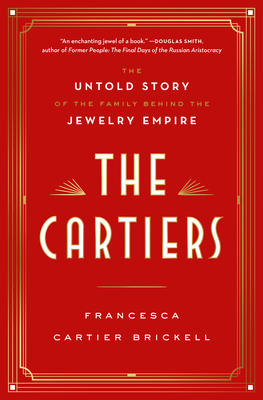